In some prior blog posts from fellow members of Group 5, I’ve been referenced as the comedian of my group.  My friend, Chuck Fink, asked me to write my own post of my experience in MWW from the perspective of my being the “class clown”.  I decided to submit this post.  It is, however, exactly BECAUSE of MWW and my participation in Group 5 that my comic voice has changed.  So any humor here will be accidental or incidental.

As has been recounted in earlier posts, our first Group V MWW meeting was mind expanding.  After two guys spoke of heart breaking personal journeys, my head was in the oven.  What am I doing here?  Why are these guys here?  If I want doom and gloom, I can just go home to the ill-fated relationship that brought me to Asheville in the first place and is kicking my ass daily.  So with nothing to lose, I just opened up and shared MY journey.  And laughter pervaded the room.  Apparently, my misery had comic appeal, especially in contrast to earlier shares.  Noticing that I had a forum for my humor, as well as my desperate need for approval, I decided to stick around. 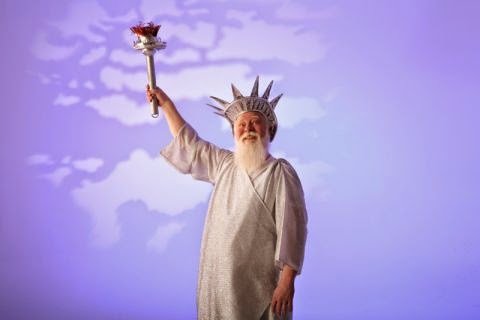 And I’ve found riches beyond my wildest dreams.  I slowly began to forego my judgments and actually LISTEN to the sharing of my brothers.  To be sure, I mock the guy whose check-in is typically bland and boring…”all is well, we’re loving each day”; blah, blah, blah.  And what of the guys whose check-in stories take longer to share than the actual events? I’ve learned to suck it up and look for other characteristics in them to appreciate.  When one guy told of rescuing an injured duck and taking it to a vet, I resisted suggesting that for the climax of the story I expected an account of the duck dinner that evening; at least until it was my turn to share.

The foundation of our relationship, however, is truth.  We are free to be honest and vulnerable because we have developed trust.  Tears, warmth or belly laughs might accompany it, but our common denominator is respect and honesty.  And I am proud to believe that I am valued in the group at least as much for my candor and compassion as my wit.

I feel truly blessed by my involvement in Group 5 and MWW.
Posted by Men's Wisdom Works at 12:30 PM 1 comment:

Trust Leads to Disclosure at MWW by Elliot Berv

I joined Men's Wisdom Works in early 2013 without really knowing what it was about. I had read the norms and therefore had some idea, but like many things in life, you don't really understand it until you participate, and it then becomes real.

I had just finished Leadership Asheville for Seniors when one of the men who was in my group, who I now consider a close friend, mentioned MWW to me. So we both submitted our names and attended two "tryout" sessions. We then asked to join permanently and were told that "by a narrow majority" we had been accepted. I hoped that was a joke, but wondered. And of course it was a joke, told by our resident comedian. Whew!

My initial thoughts after a few meetings could be summed up by saying that I was skeptical that it would be a good fit for me. While I definitely did not want to be in a group with people whose backgrounds were all similar to mine, the backgrounds of members of my group were so diverse that at first I couldn't understand how we would ever be able to converse in ways that were meaningful to the entire group.

Was I ever wrong. Wrong as wrong can be. The group has turned out to be very important to me in ways I never imagined possible. Our check-ins range from hilarious to deeply serious, with members sharing very personal, difficult to talk about events in their lives. 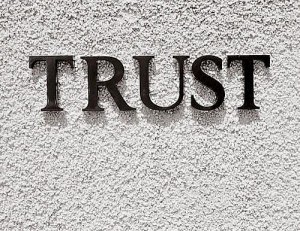 But did I do that? No, not initially. I am a deeply private person who has been burned enough over the years that asking "Who do you trust" is a regular question before I say anything personal and revealing about my inner self.

Amazingly, over the last 18 months I find that deep trust has developed in the group, and members talk about the most personal, difficult and emotionally challenging parts of their lives. And more amazingly, I find myself opening up too - talking about things which, in several cases, I have never revealed to anyone but my closest family members.

Trust, for us, comes from that kind of sharing, and also from doing things outside of our meeting time together. We have an annual Superbowl party and occasional gatherings with spouses at members' homes. We also do things like a recent autumn bicycle trip - doing the Virginia Creeper Trail. 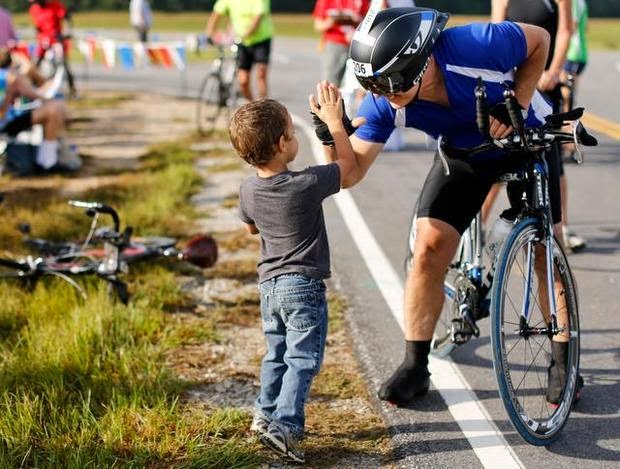 We also meet every other week, when we do not have our formal meeting, to have breakfast together and joke about everything imaginable.

All of this is a mystery to me. I never expected this, but at this point it is one of the most important parts of my life in Asheville. I consider myself very fortunate to have become a member of our group, and only hope that I can contribute in a way that gives as much to others in the group as I have received from them.
Posted by Men's Wisdom Works at 6:15 PM No comments: