In the 6 yrs that I’ve been a member of MWW.  I have submitted only one blog. That’s because I don’t write unless I have something to say. Now, again, I do.

Our meeting of August 14 reaffirmed all the reasons that I first joined MWW and why I am so committed to it. In the short space of 2 hours we managed to talk about the following subjects  - not just talk but discuss, each of us participating; each of us contributing something; none of us prescribing solutions or presuming to suggest what someone ought to do or how anyone ought to act. The result of this atmosphere and our respect for these norms is that I’m pretty confident in saying that we each took something away from the meeting, whether it was new knowledge, or a new way of looking at a problem, or even a new way of looking at ourselves; and that this is often how we feel when a meeting ends.

The range of topics included these:

✦ A painful change in relationships in the family

✦ The effect the current political atmosphere has on us – our concerns for the future, our physical and psychological well-being, our determination to “do something”, tempered by our frustrations about the limited impact we feel capable of having

✦ The outbreak of the first world war – inevitable or accidental? - which we got to from the previous conversation that in turn lead to the cyclical theory of history (and climate change)

✦ Our joys and concerns, which continue to be the foundation of our check-in, unfailingly yielding fruitful topics for discussion or perhaps something to think about away from the group

What particularly struck me about this was how the conversation moved easily from one subject to another – each thought triggering a question or idea that made sense in the moment – and how seriously engaged everyone was. I couldn’t have known it would be like this when I joined, but as our membership has stabilized over the years and, together with other activities we share – breakfasts, the occasional ball game, social activities that include friends or family – the place this group holds for me in my life has taken on great importance.

Now, a few observations about some of the topics I mentioned.

✦ On the issue of family, a number of us had relevant experiences, but regardless of how we handled it we recognize that every such situation is unique in its agony. That’s why advice would be inappropriate, except to say what works for me and to offer comfort, hope and empathy.

✦ Choices in retirement. It was both understandable and comforting to me that many of us seem to be more active in retirement than when we were working, and that the place of this group in the order of things has such high standing.

✦ The current political atmosphere. Going back as far as the last presidential campaign, a number of us have acknowledged how deeply we have been affected by the tone and outcome, and how repercussions extend to constitutional questions (the place of the electoral college, provision for removal of a president, gerrymandering, to name just a few of the subjects to which the election gave new life).

✦ Clearly, the topic of World War I (known at the time as The Great War, since a replay was unthinkable….except for those who foresaw that the Versailles Treaty contained the seeds of the next war) arose from consideration of the present political atmosphere. Brief though our focus on this topic was, it did raise the question of “inevitable or accidental”. My feeling is that it was both. The alliances didn’t make it inevitable, but their obligations to come to one another’s aid created the condition for the chain reaction that took place upon the assassination in Serbia. That same obligation is the heart, and the entire point, of contemporary alliances.

✦ Finally, on the cyclical theory of history, I do believe there is a tendency to repeat errors, but of course since the circumstances of each are different, and arise in different cultures, it is fairly impossible to recognize at the time, not to mention the difficulty of stopping it even if we were able to recognize this tendency. However I also believe progress is made from one disaster to another. For me though, the jury is still out on whether it’s one step forward two steps backward, or two forward and one back. Either way, the progress is incremental…and v e r y  s l o w.


It feels good to return from a meeting so filled with recollections and ideas, and stimulated to commit them to paper. That didn’t happen every day that I went to work! 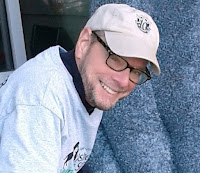