The Yin and Yang of Men's Wisdom Works 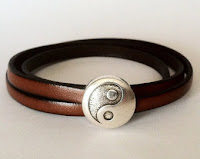 “This must be tough for you”.  Those empathic words of concern were softly spoken by my friend Richard.  He leaned in when my men’s group talked of a mutual friend who passed away in October of last year.  Then, Richard added, “You must know every Men’s Wisdom Works member who dies”.  I stroked my brow as I reflected, and without much of a pause I replied, “Yes, it is difficult losing these men, but there is a yang to that yin.  I’m able to see the impact MWW has on our 150 members and their loved ones while we’re still strolling above the ground."  As our members continue to age, Men's Wisdom Works supplies the shelter for sustaining meaningful friendships.  Our bonds lay the groundwork for living a good life during the latter stages of life.

Since Richard’s supportive statement three more men of MWW have passed away.  The toll grows heavy as I’m asked to speak at the memorial services for these deceased members.
To witness the love and presence our members share with our ailing brothers seems like a mirage when you consider our male-patterned conditioning to keep our feelings at bay.  Men are wired to hold back emotions and move on.  But the depth of friendship, bonding and social engagement within MWW groups changes that worn out paradigm.  As we lose fellow MWW members we cry together, remember together, and celebrate the life of our deceased brothers.  Then we move on as one.

The man who was the first man I asked to join MWW 2009 passed away early January.  Dave cleverly stated that he only joined the first group because he did not want me to be alone in this social experiment.  Dave became the heart of our group, always bellowing that “It is a great day to be alive”.  We made our loving presence felt as we comforted Dave, his wife and their family, week after week as his life slowly ebbed away.  Now, we leave an empty chair when we hold our bi-monthly meetings, so we remain forever honoring his memory and our friendship.  Dave’s widow, Kaaren, knows she is part of our extended group of men and our loved ones

This devotion to a sick or dying member of MWW certainly is not limited to my group, Group I.  The men of Men's Wisdom Works drive our ailing brothers to appointments.  As a brother's illness worsens, MWW group members make frequent visits to the three H's:  homes, hospital and hospice.  We develop schedules for visitation and food delivery.  One of our members even accepted the role of executor for a fellow member's estate as his friend's life wound down.  All 150 of us are there for each other in good times and “not so good” times.  That's what brothers do.

Perhaps our experiences with loss of aging friends may serve as an example, maybe even a role model, for older men losing friends via the ceaseless actions of the grim reaper.  The choice is clear.  One may choose to isolate himself and have loneliness as his sole companion when he rounds third and head for home.  Or, an aging man may choose to surround himself with friends, especially male friends.  The latter life choice offers a living antidote to depression, anger and early death for a man who otherwise would languish as an island in his later years.

In a recent Op-Ed piece in the New York Times, Stephanie Coontz, director of research at the Council on Contemporary Families, cites the following stats concerning loneliness and life span:  One analysis of 148 separate health studies found that people who cultivated a wide network of social networks had a 50% lower early mortality risk than those lacking friends and social relationships.  In fact, Coontz tells us that having a substantial network of friends gives older folks better protection against early mortality than death due to smoking or obesity.

Research of 28,000 people in nearly 100 countries by William Chopik of Michigan State University found that among older adults, relationships with friends are a better indicator of good health and happiness than relationships with family.  A 2017 study found people who often socialize with good friends have partners reporting fewer depressive symptoms as do study subjects.  The evidence supports what the men of Men's Wisdom Works experience daily in our retirement. 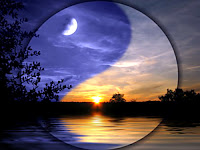 That positive yang I spoke of earlier is the lifeblood for the MWW groups.  Our membership grows.  In that spirit of renewal, our 15th MWW group forms tomorrow.  How does MWW sustain its expansion?  The many stories of the impact on the lives of those of us in MWW seem to go viral in our city of 89,000.  For older men in Asheville, our stories broadcast messages of hope and joy to men in search of meaning in life's third stage.

The members of the newest Men’s Wisdom Works group already understand the uniqueness of MWW. Each man expressed his desire to join by telling me of his eagerness to develop bonds with other older men.  Like the rest of us they’re eager to build a community of male friends.
So, as we mourn our losses, we continue our mission with a growing roster of members and groups.  Here’s a toast to members we’ve lost and to the new members we gain, and to the joyous and meaningful life 150 older men and their loved ones enjoy today.