In 1958 Casey Stengel, the legendary manager of the New York Yankees, was called to testify before the U.S. Senate Committee on Antitrust and Monopoly.  Stengel had a great mind for the game of baseball, but while dressed in a suit and questioned by lawyers about baseball’s antitrust exemption, he surely felt as out of place as a unicorn in a nightmare.  Following one particularly disjointed response, Tennessee Senator Estes Kefauver, not wanting to embarrass the much revered Stengel, said gently:  "Mr. Stengel, I'm not sure that I made my question clear."

Senator Kefauver likely honed his impeccable sense of tactfulness during his long stint in Congress.  May we all remember well, the Senate was once a place for debate and discussion, almost always carried on with civility and diplomacy.  Sadly, those qualities are demonstrably lacking in today’s Senate chambers, but we try to keep them center stage during our men’s group meetings.

When our group formed seven years ago, I naively agreed to serve as the initial facilitator.  Truth told, I felt as clueless as Casey Stengel before that antitrust committee.  Yes, I understood that we weren’t supposed to talk about religion, or politics, or baseball, or anything else that held even the vaguest interest to me.  We were supposed to talk about feelings and emotions and relationships.  And we were supposed to do so openly and candidly from day one.  “Yo, nice to meet you guys.  Let me tell you how it felt when I first discovered my father was a cross-dresser.”

Learning how to express intimate thoughts in the setting of a group of guys (strangers initially) involves a steep learning curve.  Quite simply, our work careers and our past social interactions seldom prepare us for this.

Even the language was new.  “Speak from the heart” was the catchphrase I continued to hear, always uttered in hushed tones and with great solemnity.  But for me, they might as well have whispered “Speak French.”  I didn’t know how to do either. 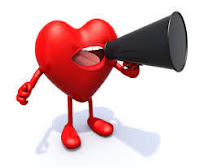 Over time we all improve at these interactions.  We let ourselves become vulnerable.  We learn to trust that our comments and our confidences will be respected.  We value and learn from the stories and insights of others.  And we’re constantly surprised and uplifted by the common threads that have woven their way through our separate lives.

We also learn that to speak openly and candidly doesn‘t mean to speak indiscriminately.  We learn the difference between participating in a conversation, and dominating it.  Do the math: in a typical men’s group meeting of ten guys, each member should be listening rather than talking 90% of the time!  And I mean truly listening, not merely pausing to think about what you’re going to say next.  Look around the room.  Are there members of the group who have not yet spoken?  If so, try to engage them.  In our group, we share the responsibility to encourage every member of the group to participate in every subject at every meeting.

And we strive to be diplomatic in offering our thoughts and comments.  We recognize that members of our group, like most others, vary greatly in their health, wealth, and family relationships.  So as we express our feelings about travel, physical fitness, and intimate family reunions, we try to keep in mind that these involve means, abilities, and circumstances that don’t exist equally across the group.

Finally, we’ve learned that starting a sentence with the words “I feel” doesn’t magically turn it into an acceptable statement of our feelings.  Consider this perfectly appropriate comment: “I feel more optimistic about my financial well-being.”  Contrast it with the boorish and self-congratulatory:  “I feel great about the $50,000 I made in the stock market last week.”  So yes, tell stories with the candor that expresses true feelings.  But do so with the purpose of unifying and strengthening the group, and not in a way that might be perceived as boastful, insensitive, or divisive.

Oscar Wilde once defined a gentleman as "one who never hurts anyone's feelings unintentionally."  Wilde would have been welcomed into our group.  We would have enjoyed his wit and his candor.  And I’d like to think that he would have been grateful as I am for a men’s group composed of a dozen caring, respectful, and diplomatic gentlemen.