Every member of Men’s Wisdom Works brings his special experience, talents, and memories.  Within this mix, one group brings an added richness.  These are the men of The Givens Guys Group (GGG).  These 15 men live in the Givens Estates retirement community in Asheville.  It has been my deep and abiding honor to facilitate meetings for this MWW group operating by a different name.
For several future posts to our blog, I will highlight some of these extraordinary men who, except for two, are all in their 80’s and 90’s.  Their vigor matches the men in all our groups, but it is their experiences that give pause for thought. 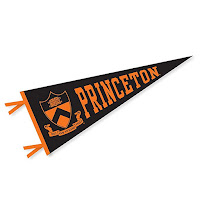 Mansfield (Smoky) Williams had it made.  Born to a life of privilege he graduated from Princeton University in 1942 with a degree in chemical engineering.  Albert Einstein taught as a guest lecturer in Smoky’s physics class.  Upon graduation Smoky secured a defense industry job at US Rubber.
Something wasn’t clicking for this man.  Something wasn’t right for him.  He needed permission to resign so he could serve in the military during WWII.  Smoky felt a duty to his country.  Shortly after graduating from a very prestigious university and landing a job that marked him as essential personnel, so he could not be drafted, Smoky enlisted in the Marine Corps, and reported to Camp Pendleton.

His parents were shocked that their son would give up his safe life to join the war effort.  Then, in a letter that Smoky remembers receiving as if it came today, his father, a veteran of WWI, commended his son and gave Smoky his full support for committing to serve his country in WWII.

As a second lieutenant, he trained at Camp Pendleton for 9 months.  Then his training took him to Hawaii where he continued training and preparing for what was perhaps the bloodiest, most ruthless battle of the war.  Smoky led his platoon as they were part of the first wave of Marines to fight the Japanese at Iwo Jima.  Movies, books, and TV shows try to show us the horror soldiers endured on the battlefield.  They don’t come close to the reality Smoky and every other marines experienced on Iwo.

He fought and led by example.  He worked to secure safety, as best he could, for his men in battle.  Despite his passion to serve and bring his men home, only half his men returned alive.

My friend, Smoky, continues to defy norms.  At age 97, he still plays golf.  Smoky took up the game at 70 because his wife could no longer play tennis with him.  Because of his age, he rides in a golf cart posting a white flag so that he can drive his cart anywhere on the course.  But let’s be clear.  This white flag symbolizes anything but surrender for this veteran of Iwo Jima.

He possesses a delightful sense of humor that keeps our Givens Guys Group laughing with him…never, ever at him, as he tells stories laced with humor, energy and playfulness of a much younger man.  Smoky remains passionate about patriotism and serving his country.  For him, patriotism is not about flag waving or bellicose boasting.  For Smoky, patriotism means service to your country, your community, your neighbors.  The military offers one service option, but Smoky sees many other ways for us to give back. 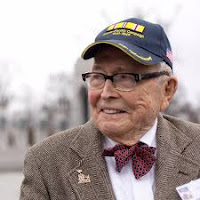 He believes serving on the PTA, behaving decently to fellow Americans of all stripes, serving up manners when behind the wheel, caring for neighbors, joining the Peace Corp or VISTA, and helping in the aftermath of natural disasters, all stand for “real” love of country.  Smoky continues as a role model for his contemporaries and younger folks as well.  More than believing in America, he served his country and continues to do so today as an ambassador for decency, the Marine Corps, Princeton University, and treating all with respect.  Smoky Williams, you are a true American hero, and I’m so proud to know you and to laugh with you and work with you at The Givens Guys Group.

Posted by Men's Wisdom Works at 2:01 PM No comments: